Several aides to US Vice President Mike Pence, including his chief of staff, Marc Short, have tested positive for coronavirus.

The vice president’s office have announced Marc Short,  Marty Obst, a senior adviser to Pence and another aide in Pence’s office have tested positive for the virus.

The news comes just over a week before Election Day as Mike Pence already has made campaign trips to Florida, Indiana, Ohio, Pennsylvania and New Hampshire in the last week.

Pence,  traveled on Saturday to Florida for campaign rallies in Lakeland and Tallahassee. He emerged maskless from Air Force Two in Florida, running down the steps and jogging across the tarmac.

The vice president’s office released the statement on Short’s health after landing at Andrews Air Force Base.

Neither Pence nor Short wore a mask on Pence’s trip on Thursday and Friday.
As chief of staff to Pence, Short has been a key aide involved with the US coronavirus response. 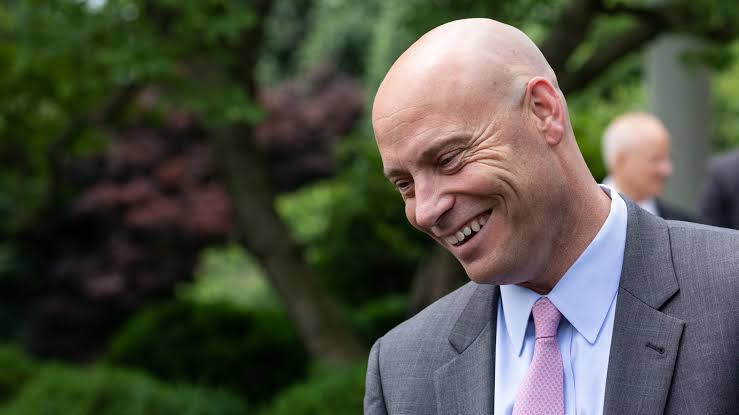 The statement continued, “While Vice President Pence is considered a close contact with Mr. Short, in consultation with the White House Medical Unit, the Vice President will maintain his schedule in accordance with the CDC guidelines for essential personnel.”

The US recorded its highest one-day number of new Covid-19 infections Friday October 23, at more than 83,000.

The record was 6,000 higher than the country’s previous record set in July.

Lekki Toll-Gate Shooting: DJ Switch Is A Fraud, She Must Be Tried And Prosecuted – BBC Journalist Gbolahan Macjob